A brief history of “people power” 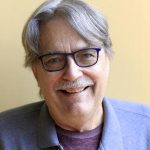 In his book Can Democracy Work? A Short History of a Radical Idea from Ancient Athens to Our World, James Miller encapsulates 2500 years of democracy history into about 250 pages — making the case that “people power” will always need to be at the heart of any successful democracy.

James is a professor of politics and liberal studies at the New School for Social Research. in New York City. He is the author of Examined Lives: From Socrates to Nietzsche, Flowers in the Dustbin: The Rise of Rock and Roll, 1947–1977, and Democracy Is in the Streets: From Port Huron to the Siege of Chicago. He was recommended to us by Astra Taylor, and you’ll hear some similarities between how James and Astra view democracy and our role within it.

Starting next week, we’ll be expanding our focus to look at the state of democracy around the world, starting with Hungary. We’ve talked in broad strokes about how democracy is on the decline outside the United States and are excited to dive into what’s happening in a few specific countries.

Can Democracy Work? A Short History of a Radical Idea from Ancient Athens to Our World

Discussion/Reflection Questions Interview Highlights [4:50] In your book you talk about the ideal of democracy survives. What that ideal is and where it comes from?

The term democracy comes from ancient Greek and it’s not just cuddly abstract power. It really connotes people who have weapons in their hands and you have to respond to them. A literal translation of the word democracy in the English would be “people power.”

[8:34] What can history tell us about trying to marry this the ideal of democracy with what what it ends up being in practice?

It’s very misleading to try to draw direct lessons from history because so much in politics is situational. It depends on the context, on the culture, on the level of development of the people or a group that’s trying to become self governing. In the modern period the democracy is an idea and as an ideology, it’s inherently unstable because there’s a core ambiguity about to what extent it can be realized in practice and there’s a further ambiguity and that it’s proven to be a very powerful legitimating mechanism as an ideologies, and you end up with regimes that talk about democracy but don’t for a nanosecond really mean it and the cases of communist countries like North Korea and China are to most Americans self-evident.

[14:22] Where did the French get their ideas about democracy?

They obtained some ideas from Jean-Jacques Rousseau, who grows out of a modern Republican tradition and ends up backing into a kind of support for democracy. There is an American version of democracy that does appear in the course of the 19th century and it develops on a different path than democracy in Europe and yet in the United States think we invented democracy. So the one of the more weird facets of the story of modern democracy is America preening itself on being the birthplace of modern democracy, which is false and being a place where the great protector of democracy which we’ve used repeatedly in the 20th and 21st century as a rationale for imposing by gunfire democratic ideals on foreign countries.

[18:40] Can you talk a little bit about what the people’s party and the people’s constitution in Rhode Island look like?

At the time of the Revolution after the Declaration of Independence most of the states, the colonies, drafted their own constitutions, but during this whole ferment Rhode Island basically just ratified as Colonial Charter and kept it in. A convention was declared and there’s a draft of the new Constitution which of course by the rules of the state legislature in Rhode Island was illegal. It ends up a short of the Civil War.

[22:11] In the 20th century, public opinion polls enter the picture. How did they impact perceptions of democracy?

The conception that allows that to happen is the notion that democracy is ruled by public opinion, and this is proposed as a definition of modern democracy by Woodrow Wilson in writings before he became president of the United States. This nascent science of the monitoring of public opinion takes root in the United States. First of all in commercial applications through market research, but very quickly spreads to politics and emerges as a kind of practices in the 20s and into the 1930s. Finally, in the 1936 presidential campaign for the first time you have newspapers and magazines printing public opinion polls on who supports the different presidential candidates for the first time in history. Is that public opinion polling? It’s a two-way street. You can find out what people think they want and then you can try to manipulate it and you can manipulate it in part by the questions you ask.

[27:29] Knowing what you do about democracy’s history, where do things go from here?

The vitality of democracy in a modern setting, in effect, depends on the continued irruption into the public sphere of the voices of ordinary citizens and that this eruption of voices will often be unruly and may even create chaos. That’s the nature of democratic revolts. I have no sympathy for people who keep denouncing what they call populism which to me just means it’s people power that they don’t like. It’s a group of people who are advocating policies they disagree with.

The Federalist Society's ideas have consequences for democracy

Is the Federalist Society bad for democracy? There's nothing inherently wrong with groups of like-minded people organizing to share and disseminate their ideas — everyone from James Madison …

For nearly 100 years, African Americans gathered in cities across the United States to participate in state and national-level political meetings …

Can pranksters save democracy?

Srjda Popovic and Sophia A. McClennen have appeared on our show separately and are now joining forces to apply a research framework to dilemma …

The Trump administration infamously referred to public schools as "failing government schools," illustrating how education has been caught up in the …

Reforming criminal justice from the inside out

According to the Brennan Center for Justice, legislators in 43 states have introduced more than 250 bills aimed at restricting access to voting in person, by mail, or both. Chris Fizsimon, …