Behind the scenes of the “Year of the Woman” 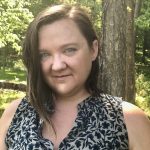 One of the biggest headlines to emerge heading into the 2018 midterms is the record number of female candidates in local, state, and national races. While it’s easy to point to this a post-Trump reaction, there’s much more that goes into persuading women to run and helping them raise the money and build the relationships needed to make it into office.

Rebecca Kreitzer, an assistant professor of public policy at the University of North Carolina Chapel Hill has been studying the groups that exist to help elect women into office. She and Tracy Osborn from the University of Iowa have counted more than 400 groups around the country modeled in the tradition of Emily’s List.

Much like the groups Lara Putnam described, this is grassroots-level politics in action with women working to promote each other and make their voices heard. As you’ll hear Rebecca describe, there are several reasons why it’s important for women to have a voice in the legislature. However, with so many groups operating at the same time, there are bound to be conflicts and missteps, which Rebecca has also studied.

This interview was recorded at the 2018 American Political Science Association State Politics and Policy Conference, which was held at Penn State in June.

Discussion/Reflection Questions Interview Highlights [4:09] Why do these groups exist for female candidates?

Rebecca: Around the world, there are structure in place to ensure a share of female representation in office, such as quotas. However, that doesn’t exist in the United States. In addition, you have other factors, such as the fact that women tend to have lower levels of political ambition. They also need to be encouraged to run for office. Unfortunately, elected officials are less likely to encourage women to run for office.

These groups are all around the country. Some of them are federal level groups. Others are loosely collected groups modeled after others, such as Emily’s List. There are over 400 such groups with at least one in every state.

[6:06] With so many groups, is there ever a problem of one group sort of stepping on the toes of another?

Rebecca: Some of them are coordinated. These are the ones that are chapters or branches of larger state or national groups. However, most of the groups do work in silos meaning that they work on their own and don’t share resources with other groups. We don’t really know why that is. We think it due to the fact that they’re competing both for resources as well as possible candidates.

[7:09] How do these groups go about recruiting someone who both meets their ideological aims but who can also win an election?

Rebecca: This is a problem because we know that those who are most involved with these groups also tend to enjoy high levels of privilege. Therefore, if these are your scouts, they are going to go after those who they think are good candidates. This could further explain the gap in the group of those who are privileged both financially as well as racially. Many of these groups have diversity goals yet lack plans to actually accomplish this mission. Unfortunately, we don’t know if these efforts are leading to more women being elected to office.

[9:43] What role does the issue of reproductive rights and abortion have in these groups determining who they will get behind?

Rebecca: Of the 400 groups we know of, roughly the same number (about 80) openly support either liberal or conservative candidates. While this gives the appearance of ideological balance amongst these groups, there are those in the middle with no official political affiliation. However, they aren’t as non-partisan as they make themselves appear. A large portion of them require a very pro-choice position from potential female candidates. A very small of these middle groups actually have either a pro-life stance or no position at all on this issue. When you take the issue of abortion into account, there are many more opportunities for pro-choice women than there are for pro-life women.

[11:24] What happens to these women when they win office? Also, why should we care how many women are in office?

Rebecca: Women legislators do face many challenges that male colleagues simply don’t. These include how the media covers them as well as how they raise money. These challenges can vary from state to state and from setting to setting. When it comes to actually making policy, women often lack the seniority which is crucial in actually getting legislation passed.

A popular caveat about women in politics is that they tend to win when they do run. However, this is largely due to the fact that these female candidates are often times much more qualified than their male counterparts.

As to why we should care about the portion of female representation, it actually matters for a number of reasons. One is that it is important for democratic legitimacy that their governing bodies accurately reflect those who they govern. This includes both gender as well as racial diversity. It also helps to empower women and increase legitimacy in our institutions. This is also important due to substantive representation. For example, women are more likely to address issues with policy that are important issues for women. Women tend to introduce and sponsor more bills that have to do with women’s issues. Diversity in government is also important because different people can take different bits of information from a situation and offer different takes on an issue than their counterparts.