We love talking with scholars and thought leaders on Democracy Works, but we’d also like to bring you the everyday stories of democracy in action. This the first installment in that series.

We visited the central Pennsylvania chapter of Moms Demand Action and heard how they are using the power of conversation to reframe the gun debate and reinvigorating a sense of civic engagement among members. A recent meeting also included a “government 101” presentation that covered the basics of how a bill becomes a law and the best way for someone to contact an elected official. 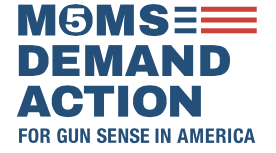 In this mini episode, you’ll hear from Lori Wieder, who is a founding member of the central Pennsylvania Moms Demand Action Chapter, and from Katie Blume, deputy political director for the Pennsylvania Democratic Party. Both Katie and Lori are firm believers — as we are — in the power that can come from everyone exercising their power as small-d democrats regardless of political affiliation.

Do you have a story of democracy in action? Drop us a line at democracyinst@la.psu.edu; we’d love to hear about it and consider it for a future Democracy Works episode.

Tracing the past, present, and future of protests

Since we started this show, we’ve had the opportunity to speak with several organizers, from Joyce Ladner in the Civil Rights movement to Srdja …