Brexit and the UK’s identity crisis 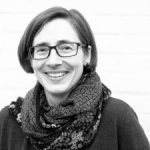 We’re just a few weeks away from the deadline for the UK to reach an agreement on its plan to leave the European Union. Nearly three years after the infamous Brexit vote, things appear to be as murky as ever.

Rather than trying to predict the future, we invited Penn State’s Sona Golder to join us for a conversation about how Brexit originated, and the pros and cons of putting the decision directly in the people’s hands. Sona is a comparative politics scholar and co-editor of the British Journal on Political Science.

Listen through to the end of the episode for information about the Big World podcast, produced by American University’s School of International Service.

For more on UK politics, check out The Guardian’s Politics Weekly podcast.

Discussion/Reflection Questions Interview Highlights [4:45] How did the original Brexit referendum come about in 2016?

When it comes to important EU initiatives, it’s not unusually to have a referendum. There were referenda in at least three countries back in 1992 when they were trying to get everyone to agree to the Maastricht Treaty. France’s treaty just barely passed and was known as the little yes. In the UK, various leaders have proposed having a referendum on whether to remain in the EU over the years but never followed through on it. Given that history, I don’t think it seemed out of place to the citizens of the UK.

Ever since the Maastricht Treaty was signed, there’s been a group of people in Parliament who are Euro-skeptical. That’s been going on for decades. More recently, countries from throughout Europe joined the EU. The UK was the only country that did not set restrictions on how people could move into the country so the UK ended up with a lot migrants that no one expected. On top of that, the financial crisis happened in 2008. David Cameron, the Prime Minister at the time, went into it thinking he was going to get a better deal from the EU and then there would be a referendum after that. He almost assuredly thought the outcome would be that the UK would end up in the EU.

[7:53] Is Brexit indicative of a larger trend around immigration and economic inequality?

One common issue that many countries are dealing with is the financial crisis, which gave people the feeling that they’d left behind and that political leaders on both sides of the aisle were not helping them. This feeling manifests itself in different ways based on the culture of that country. In the UK, people felt like Labour and the Conservatives were not really doing anything and the status quo doesn’t really seem very appealing.

[8:50] Can you give us an overview of the parties in the UK and where they stand on Brexit?

There are two main parties. Labour is on the left and is traditionally a socialist party, but you can think of it as akin the Democrats in the U.S. The Conservatives are on the right and are akin to the Republicans. The UK has the same voting structure as the U.S. does so those parties tend to get the most seats and one of them has a majority, even though there are other parties who will have smaller numbers of seats.

[9:45] What do we know about the people who voted for Brexit?

People who voted for Brexit tended to be more rural, older, and less educated. They were motivated by frustration with the current parties. Both parties have moved to the center. There was a sense that there was not much difference between them.

[11:37] What was the rationale that each side presented for staying or leaving the EU?

The remainers said it would be a disaster for the economy if the UK pulled out of the EU. They might have exaggerated it, but they thought it was so obvious that no one would want leave. The people who wanted to leave felt that the UK didn’t have control over its boarders and all of its policies were being set in Brussels.

After the referendum, it wasn’t immediate that the UK was going to leave the EU. They had to trigger Article 50, which Theresa May did in 2017. Since then, she’s been trying to negotiate a deal that would set up rules for the new relationship. If that doesn’t happen, there’s no deal and it’s unclear what happens. The UK is an island nation. It’s not clear what happens to goods at the border if there’s no deal in place.

Some members of Parliament still don’t want to leave and they’re hoping that a new referendum would be called or it would just be voted in Parliament that they wouldn’t leave. There’s some people who want the hard Brexit. Theresa May is having a hard time trying to build a coalition to back her deal. The people advocating for a second referendum hope that people will have come to their senses and change their mind. But it’s not clear that anything would change. The EU is trying to negotiate a trade agreement that would be beneficial to the countries that remain. My sense is that people will become more open to a deal as the withdrawal deadline gets closer.

The issue is over the border between the Republic of Ireland, which is part of the UK, and Northern Ireland, which isn to part of the UK. The backstop is a way of saying the UK can pull out of the EU but not have a hard border between the Republic of Ireland and Northern Ireland. No one is quite sure how that would happen. The Good Friday agreement of 1998 went a long way toward solving the problems of terrorism in Northern Ireland. No one wants to go back to that, but it wasn’t a big part of the consideration during the Brexit vote. Most people who thought about the Good Friday agreement were confident that the UK would vote to remain in the EU.