China’s role in the COVID-19 infodemic

As if the COVID-19 pandemic wasn’t enough to deal with, the World Health Organization says we’re now in an infodemic alongside it. We’ve seen this play out as misinformation and conspiracy theories move from digital to mainstream media and cast a shadow of doubt about information coming from the government and public health experts.

Our guests this week have been tracking China’s role in this infodemic and argue that Beijing is taking a few pages out of Russia’s playbook for interfering in the 2016 U.S. election and its broader efforts to undermine democracy around the world. Jessica Brandt and Bret Schafer are part of the Alliance for Securing Democracy, which tracks online information manipulation through its Hamilton 2.0 dashboard.

Early on in the pandemic, they saw an uptick in tweets from Chinese diplomats and embassies that were amplifying conspiracy theories about the virus’s origin and casting doubt on information from the World Health Organization and other official sources. The goal is not necessarily to have people believe these claims, but to stir up enough doubt to discredit democratic norms and institutions.

If you enjoy this episode, we recommend checking out the Out of Order podcast, produced by the German Marshall Fund of the United States and part of The Democracy Group podcast network.

Finally, it’s time for the second annual Democracy Works listener mailbag episode! In a few weeks, we will record an episode answering your questions before we take a summer break. Send us your question about democracy and we’ll answer it on the show, plus you’ll have the chance to win a Democracy Works mug.

Out of Order podcast

This episode was recorded on April 28, 2020. It was engineered by Jenna Spinelle, edited by Jen Bortz, and reviewed by Emily Reddy.

Bonus: Mayors and bipartisanship during COVID-19

Today we’re bringing you a special episode produced by Nicole Gresen, our intern on Democracy Works during the spring 2020 semester.

The people vs. the experts — and those caught in the middle

These days, it can feel like some politicians are working against experts in public health and other fields when it comes to actions surrounding …

A roadmap to a more equitable democracy

COVID-19 has exposed longstanding racial and economic inequalities in American life, which is evident in the fact that communities of color are being …

Trust, facts, and democracy in a polarized world

This episode was recorded before COVID-19 changed everything, but many of the themes we discuss about public opinion polling and the importance of …

Democracy is very much a group activity. Inside, we come together to debate, discuss, do the work of government, and make laws. Outside, we protest …

Give me liberty or give me COVID-19? 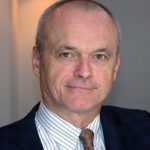 From Maine to California, people across the country have gathered at their state capitols over the past few weeks to protest stay at home orders …