Citizenship, patriotism, and democracy in the classroom [rebroadcast]

While we take a holiday break, we are going back into the archives to rebroadcast a few of our favorite episodes from earlier this year. This one originally aired in September. 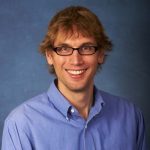 As a piece in The Atlantic recently noted, democracy is not natural. Becoming a democratic citizen involves a set of behaviors that need to be learned and practiced over time. One of the first places for that conditioning to happen is in the classroom. Beyond reading, writing, and STEM skills, students have an opportunity to engage in dialogue and debate facilitated by their teachers and learn what it means to be part of a democracy.

The term most often used to describe this is civics education, which probably brings back memories of learning about the branches of government how a bill becomes a law. As you’ll hear this week, true civics education is about so much more than that. In in a polarized political climate, are teachers afraid to engage controversial subjects? How should they address things like citizenship and patriotism? How do they have time to engage in these wide-ranging discussions given the constraints they face to prepare students for standardized tests? Mark Kissing helps budding teachers find their way — strengthening their commitments to democracy so they can pass that spirit along to their students.

Mark is an assistant professor of social studies education at Penn State. His work focuses on citizenship education, or the practice of preparing civic-minded individuals. We’ve recently seen the importance of civics education play out in the months since the shooting at the Marjory Stoneman Douglas High School in Parkland, Florida. Our look at Generation Z and the future of democracy earlier this year is worth revisiting as proof that what Mark and his colleagues are teaching is having an impact.

Discussion/Reflection Questions Interview Highlights [4:34] What do you think an education in civics looks like?

Mark: In school, social studies usually has a civics education built into it. This fusion came about in the early 20th century. I tend to think about it in terms of teaching about a civic society and what it means to be a participatory citizen. It does include the basic stuff about how government works. However, I think it also entails an introduction to how citizens interact with that government in a democratic system.

[6:12] What does the idea of citizenship education actually look like in the classroom?

Mark: For me, I think it involves looking at where teachers and students are in terms of their own lives, such as where they’ve been and the circumstances of the places they live. Then consider what participation with society looks like in these areas under theses circumstances. That is then pulling in history and other factors. Importantly, this is place based education.

[7:08] As a social studies teacher yourself, how did you approach this in your classroom?

Mark: One of the courses I taught was a street law course. I taught the class in Framingtown Massachusetts, which was the largest town in America at the time. Therefore, most of our issues were centered around local town government. I think this focus on place occurred naturally at this time. However, I’m more continuously aware of place today.

[8:45] Today, the political climate is very polarized. We also have concepts such as “fake news” and “alternative facts”. How do you prepare teachers to address and handle these issues with their students?

Mark: How one would address that in their class would be molded by where that course is physically. For example, these issues would be handled differently between a rural school as compared to a more urban located school.

[9:40] Do you find that your students are receptive to this notion of place?

[10:45] How do you balance providing students both local and national awareness in a field like social studies?

Mark: It would be a mistake to focus only on the local issue and ignore the broader national and global context. However, it’s typically the other way around in that were focusing on the national or global perspective and ignoring the local perspective. I certainly think there is a need to traverse across those scales. For example, when talking about something like patriotism, we should talk about what it means both in the context of protests around the world as well as local instances such as the national anthem issue at the local Spikes game.

[12:00] Do you think teachers should sort of play the role of a journalist in that they stick to the facts and keep any personal opinions out of their lessons?

Mark: I think there is an expectation of that. Also, they’ve been schooled that way. I actually had an instances recently with a group of soon to be teachers following the events in Charlottesville. I asked them how they’d be handling this situation in their own classrooms. Most of them said that they wouldn’t address the issue at all. Part of this game from a fear of lack of information as to what was happening. There is also a political charge to it that teachers often feel worried about taking on in front of their classes. However, if we want to take on schooling as a community based effort, we have to be willing to engage with students on these difficult current event issues. We have to have conversations across these divides.

[14:35] What is your advice to those teachers who said they wouldn’t address this issue with their own classroom?

Mark: My comment is that you are taking it up by not addressing it up or pushing it to the side. Any statement, including the lack of a statement, is a message that you send to students. In the absence of a class discussion about Charlottesville, you’re being socialized not to talk about difficult issues like that. That’s troubling. We need to also consider treating the classroom as a place where students can engage, often for the first time, in difficult dialogue on challenging issues, such as what took place in Charlottesville.

[17:00] How do you balance dialogue on current events with the increased focus on “teaching to the test”?

Mark: It is a little different in social studies as compared to other subject areas because this field isn’t tested nearly to the degree of other topics. I do think standardizing education is important. I work with teachers to find the balance between engaging students on controversial current events while also ensuring that they’re prepared for these standardized assessments.

[19:30] Everyone is familiar with the image of the angry parent beating down the door after a controversial topic is address in a class. How do you prepare future teachers to handle something like that?

[20:50] In light of the events at Parkland, have you seen a change amongst your students in terms of an increase interest in taking on some of these more controversial civic topics?

Mark: I think the civic engagement of the Parkland students themselves will have a big impact on my students. I think this is something I’ll see reflected in them this coming semester. I also think that my students have some sense of fear of living in a school on lock down. There is also the teacher side of this. How does a teacher handle teaching in an environment where being on lockdown is becoming more of a norm?

The post Citizenship, patriotism, and democracy in the classroom [rebroadcast] appeared first on Democracy Works podcast.

Tracing the past, present, and future of protests

Since we started this show, we’ve had the opportunity to speak with several organizers, from Joyce Ladner in the Civil Rights movement to Srdja …