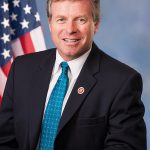 We tend to think about congressional oversight in very academic terms — checks and balances, the Framers, etc. But what does it actually look like on the ground in Congress? To find out, we’re talking this week with Charlie Dent, who served Congress for more than a decade until his retirement in 2018. He argues that amid all the talk about subpoenas, impeachment, and what Congress is not able to do, we’re losing sight of the things they can do to hold the executive branch accountable.

Dent is a lifelong Republican, but one that does not fit in with the direction the party’s taken under Donald Trump. We talk with him about why so few Republicans are willing to speak out against the Preisdent, and what the party’s post-Trump future might look like. He also talks about the difference between separation of parties and separation of powers — and where he thinks we are right now.

Dent was the chair of the House Ethics Committee and a member of the Homeland Security Appropriations committees. These days, he is a CNN political analyst and senior policy adviser at DLA Piper. He was a recipient of the 2019 Penn State Distinguished Alumni Award, which is the university’s highest honor presented to alumni.

Discussion/Reflection Questions Interview Highlights [6:00] Can you describe the district you represented and your decision to leave office?

I represented a district in eastern Pennsylvania largely the Lehigh Valley for my first four terms and for my, my last three terms, the district included parts of south central Pennsylvania. It was what we’d call a swing or marginal district, had a pretty good mix of urban, suburban, rural communities. It was, in many respects, a bellwether for the country in terms of how it  performed from an election standpoint. dI anticipated early on that House Republicans would be in the minority in the new session of Congress that they’re in now. The current administration was also a factor. Just dealing with the never ending drama and chaos.

[9:44] Now that you’ve had some time away, are there things you wish you would have done differently to speak out against things like increasing polarization?

I think about that quite a bit. There’s only so much you can do as one person to change the direction that the herd is moving in. Increasingly, Republicans in Congress are hesitant to speak out against President Trump because they’re concerned about a primary challenger, which has created a political paralysis. In my view, we have two political parties now — a pro-Trump party and an anti-Trump party. It’s no longer about ideology or specific policies, which is always what the Republican Party has been known for. It’s now about loyalty to a man. You have to figure out how to manage that and work within it.

[15:38] Have Republicans who oppose President Trump resigned themselves to holding their breath until the next election?

Yeah I think that’s true. Although if you’re a member of Congress in a swing  district you simply can’t be labeled as a generic Republican or a generic Democrat. You have to develop your own brand. That was always my advice to my colleagues. You don’t survive that way in those types of districts. The fact that these elected officials can’t always be seen as rubber stamps for the President is something we should be talking more about.

In some respects, oversight is a serious responsibility of Congress, and it’s done on a daily basis. When I was on the Homeland Security committee, we spent a lot of our time really looking at what the department was doing. At that time, it was a relatively new department and there were growing pains so we exercised a lot of oversight. A lot of it wasn’t particularly glamorous or sexy, but it was necessary. Now I find that oversight seems be more about getting your name on television as opposed to the hard, mundane work of analyzing what these departments are doing and how they’re spending money.

[21:05] How do you explain the shift toward prioritizing partisanship over the institution?

I would always tell my constituents, “You elected me to be a member of Congress, not to be in the executive branch.” Until voters insist on change, things won’t change. I talk a lot about the pragmatism that’s necessary to get things done. You can be ideologically or philosophically conservative or liberal and and that’s fine, but at the same time, I worry about the capacity to be pragmatic. We need people who can set aside the things they disagree on, find common ground, and move forward.