Demagogues are more common than you think

When you think of the word “demagogue,” what comes to mind? Probably someone like Hitler or another bombastic leader, right? Patricia Roberts-Miller is a rhetoric scholar and has spent years tracing the term and its uses. She joins us this week to explain a new way of thinking about demagoguery and how that view relates to democracy. She also explains what she’s learned from what she describes as years of “crawling around the Internet with extremists.”

Patricia is a Professor of Rhetoric and Writing and Director of the University Writing Center at the University of Texas at Austin. She is the author of two new books on demagoguery. Demagoguery and Democracy is a short book in the style of On Tyranny that covers the basics of her argument in about 100 small ages. Rhetoric and Demagoguery is a longer, more academic book for those looking for more on the rhetorical roots of demagoguery and its relationship to democratic deliberation.

Episode on civility with Timothy Shaffer of Kansas State University

Discussion/Reflection Questions Interview Highlights [5:18] How do you define demagoguery and why is it bad for democracy?

It’s useful to think about it as reducing all political issues or even all issues to questions of identity. And specifically in-group versus out-group. And it’s oriented toward providing a lot of certainty and reducing nuance. When you have a culture that is reasoning about everything in that way, you can’t actually explore multiple solutions. What I have to say about demagoguery in politics is pretty similar to what people will say about how a business should come up with a good business plan or how people should make decisions about health. It’s just better decision making.

[7:04] How does the media landscape influence the culture of demagoguery you describe?

We’re in an economy of attention and what matters most is w- whether you are doing things that get viewers and get likes, and get clicks and shares, and all that. It’s extremely difficult to do a good argument on Twitter, one that takes into consideration the nuance of a situation, what other people have said, represents the opposition fairly.

[10:44] Why is demagoguery so often associated with political leaders?

Because demagoguery is about reducing politics to identity. And so if you’re thinking about politics in terms of identity you’re going to be looking for a person on whom you can blame bad politics. And it better not be you. Right? So I think that’s one reason that we really like that notion the demagogue who is the source of all of our problems. And often when you have a culture of demagoguery, at some point somebody will come up.

[13:14] What are some strategies people can use to identify demagoguery?

We assume that demagoguery is going to be vehement, and we assume it’s going to be aggressive. And so we have a tendency to make that judgment on the basis of affect. The affect of the person speaking, but also our own. Do we feel threatened? And if we don’t feel threatened then we’re not likely to think of it as demagoguery. So I think, but what that means is that you don’t recognize the demagoguery on behalf of your in-group. People have to perspective shift and imagine how would we feel about this if we were in the other group? Would we feel threatened by it under those circumstances? How would we feel if exactly that same argument was made about our group? Um, how would we make, how would we feel about that kind of argument? Would we assess it as a rational argument if it was made on the part of the opposition?

[16:16] Is there ever a time when it’s not worth trying to understand the other person or side’s point of view?

One of the things you always have to figure out about anyone you’re interacting with is whether they are open to change and persuasion. One of the problems with conspiracy theories is by definition they’re not. They have a way of discounting any kind evidence that doesn’t conform to their beliefs. Often, the people don’t believe in climate change have an almost 19th century notion about a scientist is, and what science is. So if a mechanical engineer tells them that climate change is a hoax they’re like, “There’s a scientist who doesn’t believe in it.” Without understanding that a mechanical engineer is not actually an expert on either of those areas.Sometimes I get really interesting insights into people’s beliefs from doing that. And sometimes it’s sort of like kicking over a rock and just going, “Ew.”

[21:50 ] Do you think we’ll be able to move beyond the “us vs. them” rhetoric to a more deliberative model?

I’m really worried, but I’m hopeful that at least Facebook is starting to take this really seriously, and try to think through some better strategies that they have. What we actually need to emphasize is understanding other points of view. Instead of just relying on the facts I’ve been given by my in-group, to see what the facts are on other sides. And to see, especially why they reject the facts. 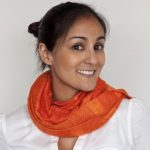