Immigration, refugees, and the politics of displacement 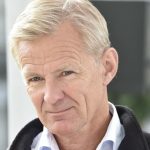 From Brexit to Hungary to the U.S. border wall, many of today’s political conflicts center around immigration. Moving people from one place to another is easier said than done, and as we’ve seen around world, there are inherent tensions between people who want to enter a country and the people who are already there. On top of that, climate change will continue to create situations where people are displaced from their homes.

Jan Egeland doesn’t have all the answers to these issues, but he’s committed to figuring them out. He is the Secretary General of the Norwegian Refugee Council and former Special Adviser to the UN Special Envoy for Syria. Despite the challenges that immigration poses, he remains optimistic about the progress the world has made and the power of democratic governments to find solutions.

Jan visited Penn State as guest of the Center for Security Research and Education.

Discussion/Reflection Questions Interview Highlights [4:58] What do the terms migrant and refugee mean and how they might differ?

Migrants are everyone who leaves a country and goes to another place. Refugees are people who flee from persecution. It could be political, religious, or cultural.

[6:38] What is the Norwegian Refugee Council and how this organization works with these various groups?

The Norwegian Refugee Council (NRC) is a humanitarian organization working for both refugees and the internally displaced people providing them relief in the in the form of shelter (housing, water, sanitation, and food). We also provide legal help and legal advice, including civil documentation. There are two main solutions that we seek. The first one is to return the person, but this solution is very difficult when a war is going on. The other one is local integration. It could be that little by little they would be integrated, get their get jobs and education and maybe even citizenship, and the third solution is relocation to another place. Traditionally the United States generously receives more than a 100,000 refugees, but most of the rich industrial countries have become colder places for refugees.

[9:00] When did that that transition start and how has it evolved since then?

It’s always been there really in Europe, in the United States, and in places like Japan and in other industrialized countries. We are now in a new period of great difficulty for us who work for and with refugees because there is a wave of nationalism in very many places.

[10:50] What is the right balance between helping refugees and people in need while still paying mind to people who are already living in the countries where the refugees want to go?

First of all, we have to recognize that the main solution for people who have fled their homes is to return home. We need to have more work and diplomacy peacemaking conflict resolution to make it safe and protected for people to return home and help them then rebuilt.

[16:15] Do you find that the populism we’ve seen throughout Europe and elsewhere also extends to humanitarian efforts?

What I find now is that there is a race to the bottom. Really many countries are willing to give us money if we keep them away from from that country. Europe and North America have been traditionally the most generous places for receiving refugees, but there are many rich nations who are not receiving refugees.

[18:44] There’s a long-term strategy but there’s also a lot of things that come up that you can’t anticipate. How do you account for those unknown elements?

We have very good people who in the field try to meet every eventuality. We have preparedness programs as we have prevention programs. But but in the longer term, perhaps the most worrying longer term problem is that many more people will be displaced not by conflict, but by the forces of nature in the age of climate change and we have to be prepared for that.

[19:56] What role does civil society have to play in terms of refugees?

[22:22] How do you see democracies countering these anti-refugee and anti-immigrant policies?

There are a few sensational stories about one or two immigrants doing something bad in the media and everybody believes that that immigrants are worse than others, but that’s not what statistics demonstrates. Europeans and the media is in panic with the amount of refugees. For example, Europeans felt overwhelmed when 1 million people came to a continent of 500 million. Let’s imagine you have a school yard of 500 kids and one girl comes in to the school. Should we panic for one to 500? We shouldn’t, but that’s what Europe did.

[25:26] You’ve said previously that you feel the world is getting better for most people. Do you still feel that way?

Absolutely, specially in terms of private consumption, public consumption, education, health care, life expectancy, dropping child mortality, equality between the sexes, and opportunity for girls. However, it is worse for those who live in war zone or in areas with gangs. The challenge moving forward will be to maintain this sense of progress and momentum.