Is it time to revive civility? 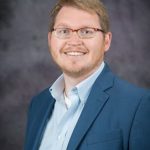 There are a lot of calls these days to “revive civility” in politics. While there are plenty of examples of uncivil behavior, there’s far less agreement about what civility should look like in 2019. Timothy Shaffer joins us this week to talk about work being done to create a new definition of civility and a playbook to put that definition into practice.

There is no one single notion of civility. In our book, the first chapter puts forward two ways to think about it: civility as politeness and civility as responsiveness. As someone who studies this work and engages it in practical situations and settings, it’s important that we think about civility as being more than just kind of minding your manners or abiding by the rules or the expectations of kind of a dominant society.

[5:48] Given that definition, what does it mean to “revive” civility as we’ve heard people call for lately?

I would say somewhat of an analog to that is the language of civic renewal, which gets used quite a bit. If we’re trying to revive something or trying to renew something, it presupposes that there-there was something in the past. And I think part of the Revive Civility campaign, um, from the National Institute for Civil Discourse I think is rooted more in this notion that we have, in recent times, seen the increases in various studies and people’s experience, right? People are recognizing, noticing, that politicians, as well as just folks in their neighborhoods and in their communities, are really ratcheting up some of the-the kinda partisan divisions and rancor.

[14:20] How do you connect exercises in democratic deliberation with more tangible policy outcomes?

One example I’ll point to is the Citizens Initiative Review, which creates those kinds of conditions where ordinary people come together and hear expert testimony, wrestle through ideas that are gonna show up on a ballot initiative, and at the end of a few days, they come out and make these statements about how they’ve, have come to a decision. A historical example I’ve researched is a cooperative extension program run by the USDA in the 1930s and 40s. They created these discussion guides on a whole host of topics, things like soil erosion and taxes and imports. They held meetings that gave people in these communities a chance to participate in discussion, but also paired that with formal land-use planning processes.

[18:40] What’s the relationship between civility and free expression? How do you have one without limiting the other?

the tension between um, free-speech and this notion of civility I don’t think has to be kind of, it’s, it’s over here or it’s over there. Uh, the, the capacity to create conditions for kind of expression of contentious views is really important. Uh, I think where we start to, to see some rub is the, the expectation of kind of “safe spaces” um, where if, if people are feeling uncomfortable or, or maybe even challenged or attacked, that if you know, we set that as a ground rule, for example, that is going to become a very significant tension that we have to acknowledge.

[22:05] Is there anyone you look to as an example of modeling civility in politics?

I don’t have an immediate go-to as kind of like, here’s the classic example of someone who ought to be our kind of exemplar. Given the state of things as they have been recently and it seems like it will continue for a bit, I will point to someone like Senator John McCain. He embodied the notion that you can have your strong views but you can engage and, and recognize when you need to give a little bit or also when you might be wrong.

China’s threat to democracies around the world

Larry Diamond joins us this week to talk about the threat China’s model of authoritarian capitalism poses to liberal democracy in the United States and around the world. Economics drives …

Pennsylvania is one of several states trying to ensure fair congressional maps are drawn after the 2020 Census. As we say in the episode, redistricting is one of democracy’s thorniest …