The 2019 version of Democracy in America 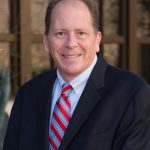 If Alexis de Tocqueville visited America today, what would he have to say about the condition of our democracy?

We hear a lot in the news and on Twitter about how support for democracy is waning. We’re perhaps even a little guilty of it on this show. But, what do everyday Americans think? Some of the biggest names in politics from across the ideological spectrum teamed up to find out. The Democracy Project, an initiative of the George W. Bush Center, Penn Biden Center, and Freedom House, found that people support the ideal of democracy, but worry that the United States is not living up to that ideal in practice due to factors like economic inequality and the decline of civics education.

Lindsay Lloyd, director Bush Center’s Human Freedom Initiative and part of The Democracy Project, joins us this week to discuss the report and what its findings mean for citizens across the United States. We’ve collaborated with the Bush Center on several projects in the past few months and highly recommend checking out their podcast, The Strategerist.

Our episodes on economic inequality and civics education

The Strategerist podcast from the Bush Center

Discussion/Reflection Questions Interview Highlights [5:19] What is the Democracy Project and how does it relate to the Bush Center’s mission?

The Bush Center opened in 2009 and one of the areas we work in is democracy and human rights. Historically, it’s been focused outside the United States. A few years ago, we noticed that something was happening in American democracy regarding partisanship and wanted to see what we could do about it. We partnered with the Penn Biden Center and Freedom House and launched a public opinion project related to American democracy. We did focus groups with constituent groups around the country, as well as a national public opinion poll.

[7:10] How are people feeling about the state of democracy in the U.S.?

There was a flurry of articles in early 2017 suggesting that people living in democratic societies were looking for alternatives, particularly among young people. We did not find that in our survey. The people we talked to overwhelmingly felt it was important to them to live in a democracy. On the flip side, our respondents felt that America’s democracy was weak and getting weaker and isn’t delivering in the way it traditionally had.

[9:04] What role do you see the Bush Center playing in addressing the issues identified in the research?

The second half of the survey covered perceptions of democracy outside the U.S. We’re starting a bipartisan working group to look at support for democracy and human rights overseas. It’s taken a hit under the Trump administration and we believe it’s important that the U.S. speak out when human rights abuses are happening and continue to support democracy around the world. Our adversaries are advocating for authoritarianism and democracies need to advocate for their point of view. We found that respondents agreed and found that having a more democratic world makes America safer and makes the world safer.

There’s still strong support across party lines in Congress for democracy-related initiatives. The Trump administration proposed cutting the budget for groups like the National Endowment for Democracy and Congress has put it back in and, in some cases, increased funding. Newer democracies are also very interested in this work, countries that were formerly under authoritarian or totalitarian regimes.

[16:25] President Trump is not mentioned anywhere in the report. Did he come up at all in the focus groups?

We intentionally did not ask about approval of the President because it’s not a political poll. He did come up in the focus groups, including one group of people who supported the President in 2016 and another group who supported Bernie Sanders in the 2016 primary. His name came up early and often, but nothing particularly surprising. The President has some strong supporters and some strong detractors. But, it’s also important to remember that democracy is about more than what happens in the White House. Democracy needs to deliver at the local level, or else confidence in the system suffers.

[19:58] Did you see any evidence of polarization in your work? Is it still possible to find middle ground?

One of the complications is that people think that getting rid of partisanship means everyone needs to agree with them. It’s of grave concern, but we did still hear from people who were in the middle. It’s much less of a concern at the local level, where local officials are often nonpartisan. There’s frustration across the board that Washington can’t solve problems. Ideas are examined based on who’s proposing them, rather than on their merits. In the end, most people don’t care who’s behind a proposal, they just want to see it get done. Both of the parties have seen a hollowing out — the days of Rockefeller Republicans and blue democrats are largely gone. One way people change that is by voting in primaries for candidates who support compromise and trying to find middle ground on issues.

The post The 2019 version of Democracy in America appeared first on Democracy Works podcast.