This is one we’ve been wanting to do since we started the podcast. The term constitutional crisis is frequently used but often misunderstood. Like democracy, it’s hard to define but you know it when you see it. 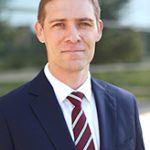 If anyone can provide a definition, it’s Jud Mathews, an associate professor of law at Penn State. He has a law degree and a Ph.D. in political science. Jud says we’re not in a constitutional crisis yet, but that constitutional norms — much like democratic norms — are eroding more and more each day.

Jud also cautions against using the term constitutional crisis too loosely because of the “boy who cried wolf” problem that we’ll become so desensitized that we won’t recognize one when it actually occurs. Beyond being a legal scholar, he has made the Constitution his life’s work. He’s passionate about what it represents and understandably upset to see its force as a roadmap for the country called into question.

If there’s one bright spot to take from this conversation, it’s that there are many dedicated public servants throughout the government who are committed to upholding constitutional norms and preventing a crisis from occurring.

[4:30] Are there examples where we’ve been in such a situation in the past?

Jud: I think the biggest example that people would look at would be the secession preceding the Civil War. The constitution doesn’t really tell us what to do when a state wants to leave. This arguably led to a war over this issue. My definition is rather strict. Therefore, I wouldn’t say we’ve face many constitutional crisis type situations. One reason I’m strict on my definition is because of a potential “boy who cried wolf” problem. Here, someone complains of so many false emergencies that no one listens when there is an actual crisis. Another reason for the strict definition is that being in a crisis situation leads to serious uses of force potentially.

[7:15] We’ve heard people around the president say that he is above the law. Do you have any thoughts on that?

Jud: There is a strong respect within the constitution for the idea that while the president isn’t completely above the law, he is subject to it only through his own actions in executing the law. Under the constitution, the executive is charged with ensuring that the law is effectively carried out. Because of this, there is little the other branches can do to control the executive. While this does not mean that the executive is above the law, it is not the place of another branch, such as congress, to appoint a prosecutor to investigate the executive. Given this level of power, it’s incredibly important that the executive respect the law. To ensure this is done, there are many norms in place to sort of curtail the actions of the executive. What concerns me with this administration is at best an indifference and at worst a hostility towards these constitutional norms.

[9:42] What happens when these norms are violated?

Jud: There isn’t law about what happens when these norms are violated. However, elections can serve as a control when these norms are violated. When an executive violates a particular constitutional norm, they can be voted out of office in a following election. There is also the impeachment process. This is largely a political control option. While the constitution does spell out specifically what can be the ground for impeachment, whether the house goes through with filing charges or not is largely a political decision.

Jud: I think something like this with the executive not following an action by the legislative, such as overriding a presidential veto, absolutely is a constitutional crisis. However, it is possible that this stems from a legitimate dispute between the branches as to what the constitution requires. This is also a situation where there is not really a great solution or end game. Here, one branch is going to have its power limited and look inferior to another. However, if nothing is done, then we all loose as the constitution is disrespected. Something similar to this happened during the Civil War when Lincoln disregarded an order by the Supreme Court to honor the right to habeas corpus. Eventually, the country fought through it and got past it. However, the court perhaps lost some power and legitimacy as a result of the executive never really being held accountable for this.

[14:00] Today we see the events in the news greatly outpace development of the law. How do you see this impacting respect for the constitution and law?

Jud: It seems as thought our political life is on fast forward right now. I think this has a numbing effect on those who watch the legal actions of the administration.

Jud: It does make me concerned. One thing I think the president has yet to understand and respect is the fact that we have a set of legal norms to protect the proper role of constitutional governance. Many of the factors that influence constitutional governance will never see the inside of a court. These important matter will be decided by those in the administration. To ensure that these decisions are proper and respect the constitution, there is a large number of procedures in place. The president simply doesn’t show a lot of respect for these procedures. That being said, I’m confident because there are still a lot of very talented dedicated public servants in departments all around the government.