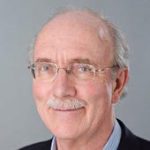 This episode begins a four-part series examining the state of democracy around the world. First up is Hungary, a country that’s often referred to in a group of countries in central and Eastern Europe that are seeing authoritarian leaders rise to power. You might have heard of Viktor Orbán or know that the country is in some way associated with George Soros, but beyond that, it’s not a place many of us spend a lot of time thinking about.

We could not have found a better guest to help us make sense of what’s happening there. John Shattuck is the former President and Rector of Central European University, which Hungary’s Prime Minister recently forced out of the country. He is currently Professor of Practice in Diplomacy at the Fletcher School of Law and Diplomacy at Tufts University and a member of the Council on Foreign Relations.

In this episode, John discusses Viktor Orbán’s rise to power, how he is waging war on democratic institutions, and what people in Hungary are doing to fight back.

Discussion/Reflection Questions Interview Highlights [6:18] Can you start off by telling us a little bit about Hungary?

Hungary is a small country of about 9 million people in the middle of Europe. It’s been for centuries kind of prize for Invaders; Mongols, Turks,  Russians, Germans, Habsburgs and the Soviets. It was a strong economy during the Communist period for 40 years. It had a communist government dominated by the Soviet Union and was a member of the Warsaw Pact. It has almost no history of democracy. There have been many people coming in from outside who are mixed with Hungarians, but it’s also fairly monochromatic homogeneous that language of Hungarian is extremely difficult, spoken pretty much only by Hungarians, and are very few people outside of the country who speak it. In 1989, it emerged from the Soviet era the Communist era and became at least initially a democracy and a market economy. And it was performing quite well in the early days of the post-cold war within 15 years that had joined NATO and also became a member of the European Union.

Viktor Orbán is a Hungarian politician and was Hungary’s Prime Minister from 1998 to 2002. He did not have a very successful term as prime minister, he was fairly unpopular. He was a moderate at that point and when he was defeated at the polls in 2002, he moved sharply to the right because he began to realize that he had an opportunity to appeal to Hungarian nationalism and thereby increases popularity because the party of the right was rising in Hungary. He turned a country that had the beginnings of the democracy and was doing reasonably well democratically into an authoritarian state by using the levers of democracy, the institutions of democracy, by basically taking over the country and taking over its institutions taking control of the courts, the media, civil society, the legislature, and eliminating checks and balances.

[13:12] What were some of the tactics that Orbán used to can gain power or to assemble the power that he has now?

One big factor was the financial crisis of 2009, which hit Hungary harder than almost any other country in Eastern Europe. Other major factor was that after all, Hungary had no previous real experience with democracy. Another factor was the what the isolationist victim mentality aspect of Hungarian culture and society that has been present throughout the country’s history.

[15:55] Was there an element of nostalgia in Orbán tactics?

There was certainly an element of that. Hungary after World War I had been divided up, so many Hungarians were no longer inside Hungary and the country have been made much smaller by the peace process in World War One and the Hungarians never forgot that. They felt they had all these Hungarians living in what then became Serbia or Romania or even Germany and other places, but they felt were part of their country. They felt they were victimized by Germany because Germany ultimately let them down and Germany lost the war. All of these feelings were out there for Orbán to be able to pray upon as he began to move into his authoritarian mode.

[21:47] How is Viktor Orbán getting this power? And what is he doing with it?

He says he is building and illiberal democracy, but he claims that he is building a democracy and in some ways he has a legitimate claim to that in the sense that he has been elected now, he’s been elected twice actually, three times if you consider his earlier election. He’s using the major institution of democratic governance, which is an election to seize the path to take power legitimately. But then this is where the “illiberal” term that he uses comes in to eliminate what are the basic elements of liberal democracy and that is checks and balances, freedom of the media, independent judiciary, independent civil society, and a pluralist governing system instead.

[31:06] What does civil society look like our people in Hungary starting to fight back or push back against any of these actions?

There’s been a lot of coverage of what’s happened in Hungary by the international media, by the American media, and there’s some evidence to suggest that people in Hungary are starting to push back against government actions they don’t like. Orbán has been constantly attacking the higher education, which culminated in the closing of Central European University in Budapest. The University is now located in Vienna and some of the faculty and students from Hungary commute back and forth. It’s another example of the political and intellectual hegemony that is being exercised by this authoritarian regime.