What is democracy? A conversation with Astra Taylor 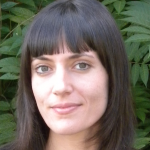 We begin our third season with a fundamental question: What is democracy?

Astra Taylor grapples with this question in a documentary of the same name and a forthcoming book. We talk with her this week about what she learned from traveling the world and talking with people from all walks of life. As you’ll hear, she did not set out to make a documentary about democracy, but kept coming back to that question.

Taylor is a writer, documentarian, and organizer. In addition to What is Democracy?, her films include Zizek!, a feature documentary about the world’s most outrageous philosopher, and Examined Life, a series of excursions with contemporary thinkers including Slavoj Zizek, Judith Butler, Cornel West, Peter Singer, and others.

A companion book, Democracy May Not Exist, But We’ll Miss It When It’s Gone, was released May 7.

Her writing has appeared in The Nation, the London Review of Books, n+1, the New York Times, The New Yorker, The New Republic, and elsewhere. She is the editor of Examined Life, a companion volume to the film, and the coeditor of Occupy!: Scenes from Occupied America. Her 2015 book, The People’s Platform: Taking Back Power and Culture in the Digital Age, won an American Book Award.

Democracy May Not Exist, but We’ll Miss it When It’s Gone

Discussion/Reflection Questions Interview Highlights [5:36] Why did you want to make a film about democracy?

I kept coming back to democracy and I think for me the big takeaway of making this film and writing the companion book that goes with it is that I’ve actually become more of us, more democrat. It’s sort of inspired a deep conviction in the concept, in the practice, and things that bothered me about the term, it’s a vagueness? What does it mean? All sorts of people say that they believe in democracy. I mean North Korea uses the word “democratic,” but it is a vague use of the word.

There’s a sense that democracy was corrupted, that it was synonymous with bureaucracy so I would have been more attracted to words like freedom, equality and justice and even socialism, a revolution. Things are really changing, we are in a very different political moment. We are in a moment when people are feeling we are in a political crisis and democracy we had for granted is declining, and people’s reaction is “I better pay attention to this thing I was ignoring”.

[8:55] Did you see people’s perception of democracy change over the course of making film?

The last week of filming was the 2016 election. I filmed for a few days after Trump’s victory and you know like most people I was surprised. I think people became more concerned with democracy. They got more sort of panicked and yet, I think what’s interesting about the film and how it turned out in the editing room is actually the footage that I shot earlier was somehow more power it didn’t lose its relevance because so many problems existed and have existed for decades. The closer we got to the moment of crisis of the election. I found that people almost couldn’t think the interviews weren’t as good because people were just in the state of panic that was not very philosophical.

[11:57] Is it a problem that people don’t have a standard definition of what democracy is?

I think the fact people have different answers is a good thing, but I actually I didn’t find that people had answers that were particularly in depth, and actually nobody said democracy was equality to me. That was a word that I sort of expected to hear but it wasn’t something I encountered. So I found that when I really engage people started asking they could have quite interesting things to say about their lives and the political situation, but when I pose directly the question “what is democracy?” their answers could be kind of cursory or there could be platitudes and I think that’s a sign, a symptom that something is wrong. That people can’t really robustly or personally explain this concept that is supposedly so essential to our society. I don’t think democracy is something people really feel they experienced in today. And that’s part of why I think people have a hard time defining it.

[14:14] How does liberalism fit into the definition of democracy?

I think at different points there was a lot more about the rule of law and sort of thinking about because I sort of thought about different sort of tensions and democracy as I was going into it and sort of rule of law or the rule of the people rights with sort of and that it just didn’t end up being the most sort of compelling issues, so there is stuff about sort of structure. Nobody uses the word “norms” but there’s stuff about structure and rules will been throughout the film in sort of who writes the rules. Part of my attempt also was to raise sort of these fundamental issues, but in language, that’s not necessarily the typical academic or philosophical language because when regular people meaning just you know, we’re all regular people but meaning non-experts, meaning those of us who read and engage the scholarly literature. I mean people bring up these issues. They just don’t use the academic or philosophical or left-wing rhetoric. I think I feel like it’s sort of hinted at but it’s just in sort of common tongue.

[16:38] Do you have a sense of where the line between democracy and populism is?

I’m still thinking through the term populism because I think there’s also another word like liberalism and like democracy. There’s a huge literature around it and it’s up for debate and I think there’s a battle over different definitions of populism and there are attempts to claim populism on the left and the right. I think the right is making them a much more successful pitch. I’ve noticed actually a lot of conservative intellectuals actually calling themselves now populists and which is interesting. This idea of popular sovereignty is in the film.

[21:26] The film spends a lot of time looking at the relationship between inequality and democracy. Did you gain any understanding through the course of making this film about how we might address inequality?

I’m definitely of the mindset that you cannot have political equality, that people cannot enjoy the political rights that they have on paper under conditions of extreme inequality. So the question though how to rein in the engines that are producing these conditions and this immense concentration of wealth is a real challenge, so I think part of the film is and that’s the work I do as an activist.

[26:53] After doing all this work for the book and the film, what does democracy mean to you?

I think democracy is a promise going back to that. But I think it’s not a promise that the powerful make and then break right, they’re not doing our democracy for us. I really think it’s a promise that can only be fulfilled by the people. Taking the time and thinking, acting, and making it as real as it can be and I don’t think it can ever just be fulfilled. It’s not something that we ever just grasp and then we get to just relax and tweak on the margins. I really think it’s a perpetual struggle. We had our founding fathers, but I think we need to be perennial midwives birthing this democracy into being.

The post What is democracy? A conversation with Astra Taylor appeared first on Democracy Works podcast.

Pennsylvania is one of several states trying to ensure fair congressional maps are drawn after the 2020 Census. As we say in the episode, redistricting is one of democracy’s thorniest …