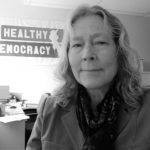 It’s not the Powerball or the Mega Millions, but this democracy lottery does give people the chance to directly impact information that appears on the ballot in their state. Like a lot of things we talk about on this show, the Citizens Initiative Review (CIR) is not easy, but as you’ll hear from this week’s guests, is work worth doing.

CIRs, which organizers called the “democracy lottery,” bring together groups of voters in an intensive four-day, jury-like setting to research the basic facts of initiatives and referenda on the ballot. These citizen panels draft joint statements that provide clear, concise, and accurate information to their fellow voters, removed from campaign messaging and financial influence. It’s been implemented in Oregon, Arizona, and California, and is currently in a pilot phase in Massachusetts. Our guests have been at the forefront of making this process happen. 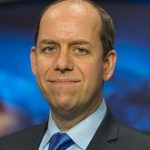 Robin Teater is the Executive Director of Healthy Democracy, an organization that designs and coordinates innovative deliberative democracy programs. The organization helped implement the CIR process and remains committed to helping it expand across the United States.

John Gastil is a Professor of Communication Arts and Sciences and Political Science at Penn State and an expert on deliberative democracy. He’s studied CIRs throughout the United States and Europe. His research gauges how effective CIRs are at making voters more informed, and how being part of a CIR impacts participants.

This is our first show on deliberative democracy. It’s a topic we hope to return to soon.

Discussion/Reflection Questions Interview Highlights [5:00] What is a Citizens Initiative Review?

Robin: It involves a randomly selected group of registered voters between the ages of twenty and twenty four. They’ll spend roughly four days measuring a ballot measure. They’re selected based on demographics of a particular state. The relevant factors are age, party affiliation, gender, and geography. They’re job is to be representatives for their fellow voters throughout the state they’re in. The final result is a summary of the key facts concerning the ballot initiative. They also produce arguments for and against the ballot initiative.

[7:00] What are the motivations people have for wanting to do this?

Robin: Reasons why people respond to our recruitment mailer include curiosity amongst others. Also, there is a stipend paid to participants. We also have some young people who are either looking for the money or who are getting pushed to do it by their parents while they’re home from school.

John: We’ve also heard from mothers who participate that it is a chance for them to get away from the home for a few days. There are also some who admit that they participated because of the financial incentive.

John: We wanted to bring about a more deliberative democracy. However, you can’t ask all voters to be engaged in deliberation on ballot measures. What we know is that those people in the electorate who have the time and willingness to deliberate can do a very good job. In just a few days, people can say very insightful things about random topics such as highway budget planning measures. This was a good place to start because legislatures realized that the voting public was at a loss as to these long ballot measures that voters had to make a quick decision on when in the booth. Some people got the ball rolling independently in Oregon, and here we are.

[11:50] What does the relationship with special interests look like since this program has been operating?

Robin: It is tricky because they make enormous investment into their own messaging. They realize that this program is a great opportunity to have influence on how people see initiative as well as to get feed back from actual voters.

John: These are professional campaigners who spend a lot of money crafting very detailed messages. They also have almost no control over this program. They can bring a good message to our participants, but they have little to no influence after that.

[13:35] On the first day, participants listen to presentations from groups on measures. How do you go from this first day to the final product?

Robin: Even before the first day, participants are engaged in training to teach them how to ask good questions and get the relevant information they need in order to make good decisions. Part of this process is just making sure these participants are comfortable working in such a diverse group. After that, they hear the opening statements from the campaigns on each side of the ballot issues. The next day is a question and answer panel with the campaigns. The panelists actually rank their questions ahead of time before asking them of the campaign representatives. This is then followed by a panel of policy experts. Day two ends with a discussion with the participants trying to glean from them the information that stuck with them from the presentations throughout the day. Day three is a series of editing groups. Participants look at the written claims of the campaigns of each issue and decide what should make the cut for the final summary and what shouldn’t. At the end of this day, we do a key vote on the findings. This includes the eight most reliable comments on a particular ballot measure. Day four is all about writing the pro and con aspects of the measure.

Robin: Massachusetts, learning from the mistakes of Oregon, passed legislation to fun the program through state funds. We’ve also been in Arizona which is publicly funded by the elections commission. They are the first state to publicly fund the CIR. We’ve also done pilots in Colorado and California.

John: There was also legislation in the state of Washington, but it didn’t come to a full vote. The program has also been talked about in other nations. One example is England to run a possible re-vote of the Brexit measure.

[22:50] How do you measure whether voters were impacted by the CIR or not?

John: We’ve had funding from a number of sources which enable us to conduct polling on voters responses to this program. We poll people who read the ballot initiative both with and without the CIR summary. What we find is that those who read the measure along with the CIR summary are more knowledgeable on the issues. They have a better factual grasp of the issue.

24:30: What is the process to get people to believe what they see on the CIR?
Robin: It is baked into the process because the panel is randomly selected. The also can’t have any ties to campaigns or interests groups. This enables us to tell the voters that the summaries they’re reading are by accurate representatives of the people. Our tag line is that this is work by the people for the people. There are other entities that produce good summaries of these measures, but they aren’t completely unbiased. They still have a stake and an angel on the issues. The credibility to these reports is strengthened by the diversity of the participants in the program. It is also strengthened by the fact that these are not professional consumers of this sort of information.

John: The average voter seeing this page on the ballot gets the general idea that this was prepared by a body of citizens.

[27:20] How can this program develop in the future? Can it become a mechanize for candidate selection?

John: That is something that has been experimented with here and abroad. This has considerable applicability in terms of candidates in the primary races where someone can’t just pick the republican or democrat as they normally would in a general election. This is also the situation people face in many judicial races or places where candidates don’t have an official party endorsement. Therefore, I think this process could be very powerful in the lower visibility elections.

Robin: I agree. I think there are infinite applications of this program.